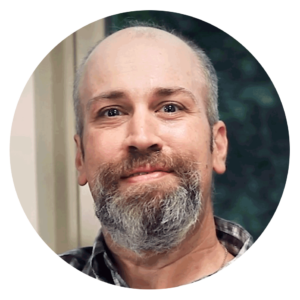 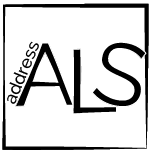 My name is Dan Shultes, I am 42 years old. I am one of 30,000 Americans, that have ALS (Amyotrophic Lateral Sclerosis). It is also known as a motor neurone disease (MND) or Lou Gehrig’s disease.

Stephen Hawkings was diagnosed with ALS when he was just 21. At that time he was given only two years to live. Like many ALS sufferers Stephen was unable to carryout daily activities: such as getting up out of bed,  getting dressed, brushing his teeth, feeding himself, or signing his name. He required constant assistance from those around him. Stephen beat all the odds and lived an additional 55 years. However, the prognosis for most people diagnosed with ALS is a short life-span of 2-4 years.

Many of you may have first heard about ALS, from the viral Ice Bucket Challenge during 2014. The idea behind the challenge was for everyone to experience the cold muscle stiffness that sufferers live with on a daily basis.  To this day, despite the challenge, many people still aren’t aware about the devastating symptoms and life expectancy of this terrible disease. Unfortunately, the money raised by the organization that created the Ice Bucket Challenge (the ALSA), partly goes towards paying for overhead and expensive administrative costs.  Also, sadly, many of the ALSA’s goals don’t seem to be compatible with those of ALS sufferers, like myself. We highly recommend, that if you would like to donate to an ALS organization, then consider Project ALS instead. In 20 years, Project ALS has raised over $90 million, directing between 80-93% annually to research programs. We also would like to highlight the work done by Brian Wallach and the team at “I am ALS”. They are building a movement, working to get legislation put into law that will help all ALS sufferers get the treatment they need.

My goal (with the help of my family and friends), is to create awareness about ALS. The AddressALS website outlines actions that we can all take to help address the issues faced by ALS sufferers. One important goal is to not only get several bills in front of congress and passed, but also a faster option would be to get an executive order signed, that will allow full approval of NurOwn®, a highly promising stem cell therapy developed by Brainstorm Cell Therapeutics.

With your help, we can make a difference.

I thank you with all my heart,

It’s easy to help, it just takes a few easy steps to make a difference.

EASY STEPS YOU CAN TAKE

View videos featuring the challenges that ALS sufferers face on a daily basis.

For Members of Congress

Time is not on our side. Please help today.

Each step in the right direction helps.

HOW TO HELP
Page load link
Go to Top